The german government wants to break the second wave of the Covid pandemy with what they call a lockdown light. So far for the month of November. But the trust in chancellor Merkels capabilities in handling the crisis is on the wane.

Did you enjoy my picture gallery from the Bode Museum? A place, we all are hopefully soon be allowed to visit again. Propably that was the last blog post with the classic editor of WordPress. I’m resolved to switch to the new editor Gutenberg. Gutenberg is the future of WordPress. There is no use in tethering with something, that will be a dead end street any time soon.

The Concerto for Violin and Orchestra in D-Major op.61 is the right music to fall in love with Ludwig van Beethoven, who was born 250 years ago.

Governments all over Europe are loosening restrictions of the corona lockdown these days. Step by step, but hardly in time for Ludwig van Beethoven. The great german composer was born in Bonn on December 17, 1770. Not only his hometown has announced many events to celebrate his 250th birthday. But the epidemic rules put an end to all plans. Beethoven in empty opera houses and concert halls? Inconceivably. My personal favourite in Ludwig van Beethoven’s Oeuvre is the Violin Concert. It has no number like Beethoven’s symphonies. It is the one and only Concerto for Violin and Orchestra in D-Major by Ludwig van Beethoven and a masterpiece of pure grace and beauty. END_OF_DOCUMENT_TOKEN_TO_BE_REPLACED 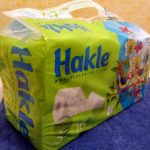 My wife and me, we finally got it. We got hold of a new pack of toilet paper. 16 rolls of three-ply Toilet Paper from a well known brand. To tell the truth, we don’t matter how many layers of paper are seperating us from our excretions. And we don’t care which brand we wipe our butts with. honestly speaking we even don’t need new toilet paper at all. We still had 16 rolls in stock. Enough for a lot of bowel movements in a two-person household. But you can’t rely on that in these days. END_OF_DOCUMENT_TOKEN_TO_BE_REPLACED

It was a soft brake, what chancellor Angela Merkel today reported to the public. From Monday on germans are not allowed to gather in public. We can still go out, but only alone or with somebody we share our life with. And we have to keep a safe distance of 1,5 meters from each other. Police officers are instructed to have a look on that. Those who won’t pay attention to this take a risk to be fined.

This rule and many others are already in force in some federal states. But from Monday on we have a nationwide uniform regulation how to deal with the corona pandemy. At least more or less. Because some cities like Freiburg have stricter rules. But we will still be allowed to go to work or shopping for food or medicine. This agreement among the 16 federal states avoids a shutdown like in other countries. The federal government and most state governments are still reluctant to take such a measure.

Over 20,000 infected, 70 dead: that’s Germany’s corona record. Virologists advise social distancing, governments and administrations have responded. Shops, cinemas, bars and restaurants are closed. Thousands are working from home. Chancellor Angela Merkel also advised social distancing in one of her rare TV speeches to the Germans. However, far too many Germans ignore the advice given by physicians and politicians. That is why Germany is likely to put the brakes on in the foreseeable future, like Italy, Spain and France before. Some federal states, including Bavaria, are already responding with restraints for social life.

END_OF_DOCUMENT_TOKEN_TO_BE_REPLACED

A video on youtube still keeps german government party Christian Democratic Union (CDU) under pressure, over a week after their disastrous result in the election for the European Parliament. German Youtube Star Rezo had published a video with the title “The Destruction of END_OF_DOCUMENT_TOKEN_TO_BE_REPLACED

This is the start of my english Blog. It took me some time to take this challenge. But better late than never at all, as they say in Germany. Please correct me, if you encounter faults or mistakes and have fun reading my notes on things going on in a country, that is not always a joy to love.

We use cookies to ensure that we give you the best experience on our website. If you continue to use this site we will assume that you are happy with it.OkPrivacy policy